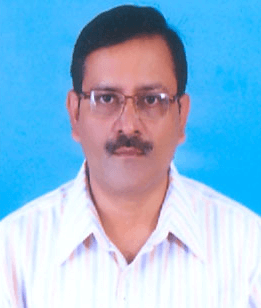 Dr. C. V. Guru Rao, had distinguished himself as a teacher-researcher-administrator over a period of 30 years in service of the student community. He holds a Bachelor’s degree in Electronics and Communications Engineering, double post graduate degrees in M.Tech., in Electronic Instrumentation as well as M.E. in Information Science and Engineering. He was awarded a Ph.D. Degree in Computer Science and Engineering from Indian Institute of Technology, Kharagpur, West Bengal, India. Under his guidance 15 students completed their Master’s Dissertations including a scholar from Italy. Two research scholars were awarded Ph.D. Further, two research scholars cleared their Ph.D colloquium and 26 more research scholars are working at different universities in the state on part-time basis to acquire a Ph.D. He published 115 technical research papers in various National/International Journals/Conferences and 3 text books. He has been contributing to several International Journals in bringing out pragmatic research publications as member on their Editorial Board, Advisory Board and as Editor in Chief. He had served for several times as a Member as well as Chair Person of Board of Studies in Computer Science & Engineering and Information Technology at several Universities/Institutions. He had served as a Member of Industry Institute Interaction (III) panel of AP State Council of Confederation of Indian industry (CII), AP. He was also nominated as a member of Admissions Committee of Engineering Agricultural and Medicine Common Entrance Test (EAMCET) and Post Graduate Engineering Common Entrance Test (PGECET) committee in 2010 by Andhra Pradesh State Council of Higher Education (APSCHE), Hyderabad.

Copyright 2017. All rights Reserved by SREC

Designed and Developed by Kakatiya Solutions